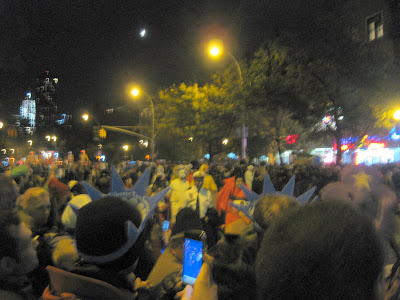 Despite the devastating effects of the Nor'easter a few days before, NYC was able to hold its annual Halloween Day Parade in Greenwich Village. The parade which has been growing larger each year with participation from many in the tri-state area has seen its 39th year. Next year promises to be even bigger because it is in its 4th decade. 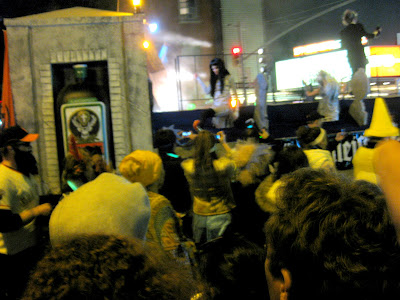 I'm glad the city officials decided to open it up to everyone as family friendly entertainment. Years ago, I remember a professor of mine who taught at NYU and who had seen lynched bodies hanging from trees in the South in the 40s was displeased at the parade. This was back around '91-'92. Those who had taken to the streets and were marching were essentially going through a "Here I am and I don't care if I offend you," period in their lives in the gay movement.

In fact, the intent for some WAS to offend what was perceived to be stupid, idiotic "middle class" sensibilities. Unfortunately, that starts an "eye for an eye" trading war of stupidities. And some responded with, Well, sorry to be middle class. If you can't help what you are and are wearing it on your sleeve, then I can't help what I am and am wearing it on my sleeve!" 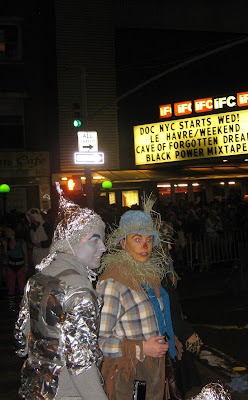 Long story short, the parade was a veritable freak show of who can be more outrageous and offensive, according to my professor who was a super liberal and extremely flexible, but who was annoyed at the trading insult wars and hyped up "culture clashes."  Bottom line, if you wanted to take your kids, you would be exposing them to "exposure" of the  X-rated kind, in some instances. 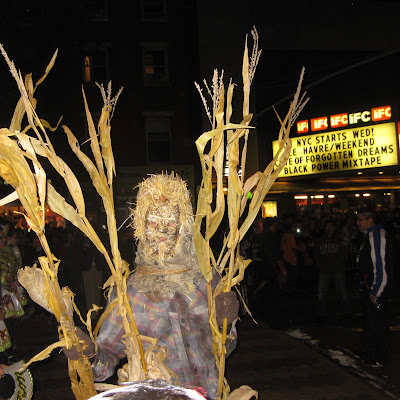 But that parade is long gone, after twenty years. Times and culture inclusion have changed the landscape, thank goodness. And the very groups who lauded their superior values to "the middle class" have become middle class and have adopted children and are raising them with their same-sex partners. And I'm sure many of them have brought their own kids to the parade and they want it to be fun for everyone, not just for those whom they believe to be "the entitled." 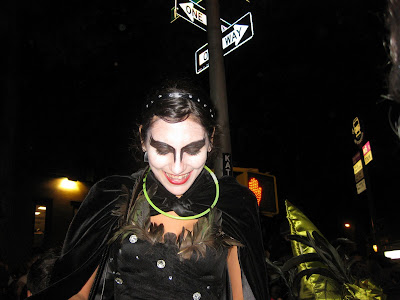 Thank Goodness!!! That's why I went. And it was family entertainment and great fun with great good will from everyone there. Politeness reigned. As I pressed into the crowds in the hope of getting to the verge of Sixth Avenue to see some ghouls and goblins, in the crush of those around me, there were "please ns," and "thank yous," and "excuse me," and comments and jokes about eventually getting there to the parade's edge. The atmosphere was party and happiness, and sharing and participation. 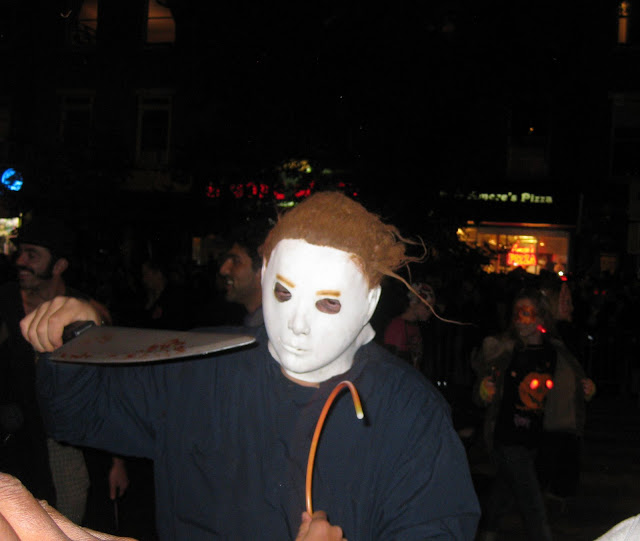 Ever since 9/11 NYC has undergone a paradigm shift. Those who live there are just happy to come out and appreciate life and each other in one of the greatest cities of the world. We know how much we lost on that day, like no other group of city folk, unless they have experienced the same. So we are grateful for these events. Grateful we can be together, safe and joyful appreciating the ingenuity of the costumes, the over-all creativity and artistry of the floats. 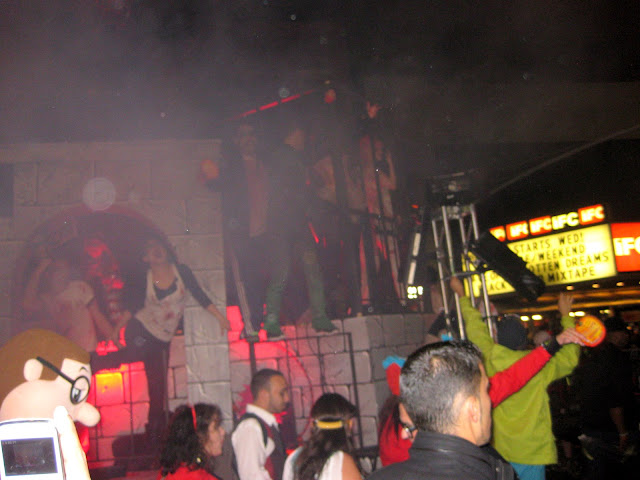 I got there late, but just in time for a perfect parking space to "jet" down 3rd Street to join the throngs up and down Sixth Avenue. Great fun. My pix don't do justice. Better to see Youtube for the moving show. But a few pix do reveal the fun of the maskers and revelers who enjoyed costuming themselves.

Email ThisBlogThis!Share to TwitterShare to FacebookShare to Pinterest
Labels: From the NYC Skyline