When I taught high school, I remember a discussion I had with the gymnastics coach. We were discussing some of the girls who had graduated and gone on to college. I was shocked when the coach mentioned that two of them she knew had battled anorexia and even confronted it when they were on the high school team. Somehow, I didn't equate the muscular-looking bodies with anorexia, but there was a correlation. The young girls had to whizz through the air, remain lithe and agile and after the season was over, without their rigorous routines, they gained weight which made it very difficult to get back in shape when the season returned again. So they became anorexics to maintain their "balance" on the beam and cartwheel and running flip to their hearts content 4 months of the year.

This is not an unusual occurrence for teenagers engaged in gymnastics. One mother discusses that when her daughter stopped the rigorous training which by fourth grade included practicing 14 to 16 hours a week, she put on weight and thought she was getting "fat." So she ramped into the anorexia mode eating less and less, and flew under the radar with her parents because the weight loss was  gradual. Her mother noticed how emaciated she looked in a bathing suit and she rushed her to a pediatrician who hospitalized her. "I pulled every string I could think of" the mother says when she attempted to enroll her in a program and see a psychiatrist. However, there was a waiting list for new patients, and other doctors she called were already at capacity. The mother remembers, "I was hysterical calling the psychiatrist's office and saying, 'Please, we can't wait. My child will be dead in three months.'"


Anorexia is a disease that has spread beyond the once typical age group of teen girls. Doctors are changing their protocol to accommodate treating younger anorexics and older ones. They are now treating children as young as 8-years-old and the elderly who are reaching the upper 70s age brackets. Once identified as occurring amongst a wealthy population of 13-17 year-old-girls is increasingly common among the elementary age children, even little boys and it runs a complete economic and age spectrum so that no one population remains untouched by eating disorders.


According to Margaret Kelley, clinical nurse manager for the eating disorders treatment program at The Children's Hospital in Denver, "In the last two years, we've actually had to add a treatment track to deal with kids ages 9 to 11, and we're getting many more boys. We used to see one or two a year at most, but we've almost always got one or two boys in the program now."

Because the eating disordered hide their condition in a culture that prizes uber thin celebrity, the svelte model and the thin broadcast media spokesperson, and touts diets, weight loss programs and fitness devices and gyms, the disease is not easily detected, especially when two-thirds of the US population is either dieting or poised on the brink of dieting. Children are not stupid. They recognize that great status enshrines the thin, and demeaning stereotypes slap the fat. The overweight and obese are denounced and shamed for their ungainly condition. They are assumed to be unintelligent, lazy, unfit, smelly, sweaty, unloved and gross. Fat kids have no identity other than "The Ridiculed" and in elementary school through high school, they are the lost population, perhaps self-designed to avoid bullying jokes, opposite sex rejection and daily embarrassment about their disgusting condition. They just slide into the wall like ghosts, unless they rise above their condition and make their teachers and peers forget with sterling performances in academia or other activities: music, the arts, technology, etc. However, this is too little too late; the damage is done. Tweens and teens see the peer treatment of the fatties and fear for lives and their ability to fit in and be cool.


Is it any wonder that fat, considered a cultural taboo and anathema from the White House down to the Frat House is most probably behind most of the drive toward the silence of anorexia/eating disorders, a condition hampering an indeterminate number of preteens and 5% of adolescents and a growing number of young women, middle aged women, wealthy socialites and senior aged women and men? What? Has the world gone off its axis? You thought men could do anything and there would be a woman out there to love him? Yes...well, not the kind he wants: not a fatty woman. He wants a slender, beautiful woman, certainly not one who is obese, so he had better look the part or obviously be attempting to look the part. And in the case of a gay man? Whew! He has to be buff and beautiful. Yes, more than ever men are being diagnosed with eating disorders. (Just today, I was trying on black slacks in a GAP store that had a coed dressing room. I overheard a young guy; he was asking the salesgirl if the pants pushed up his waist and gave him love handles. She assured him she saw no bacon anywhere. Gee, I thought. There's a revolution going on...a man concerned about love handles and back fat showing

If the adult population is suffering from fat worry as they acknowledge that obesity is associated with poor, trailer-trash, Walmart patrons, and slender beauty with Ralph Lauren, Gucci and the good life, can kids resist internalizing these modalities and equations? Will kids act on such internalizations?

Here are some statistics. In a study by the National Association of Anorexia Nervosa and Associated Disorders, 60% of elementary and middle school teachers reported an eating disorder problem with their students. Experts know this and are concerned about the rise in nearly epidemic proportions of "disordered eating" because of the perceptions of kids in elementary school, perceptions which can foreshadow the underpinnings of full blown anorexia a few years later.
If you feel this is a good thing, think again. Do we want kids preoccupied about weight issues before they have physically matured? Should they be stressed to the point of emotional, psychological and physical illness? Isn't our culture too fat obsessed as it is without our kids being traumatized about the horrors of being 10 pounds overweight with a higher than normal BMI? It appears that such stress is delivered to kids daily at school, by their caustic peers and by the media for it's not just overweight kids who are restricting calories, according to the Centers for Disease Control and Prevention. Populations of normal-weight and underweight kids are dieting, for example, 16% of girls ages 8-11 and 19% of girls ages 12-15. Though the numbers are somewhat lower for boys, they, too, are dieting concerned that they not appear fat.


The warnings are out there. Experts see them, but does the rest of the culture care, or are the benefiting corporations happy that they are creating continued generations of rebellious obese and weight obsessives who will need their products: their weight loss drugs, teas, diets panaceas, programs, medical devices, gyms, protocols, doctors' visits, etc.? How many more anorexic suicides does our culture have to produce before more medical groups, schools and parents demand enough is enough with the obsession about weight and being uber thin? We could learn a lesson from the UK whose organized groups prompted the government to create a guide for parents to help their tweens be realistic about their body image and not believe the photoshopped images on magazines and covers and the camera lighting and angles on TV and in films.

Faux, thy name is traditional  media. Its egregious misrepresentation of principles, values and human integrity to sell product is pernicious and harmful to the body and soul. The public is on to you! And a time will come, it is already beginning, in fact, when consumers will no longer allow themselves to be bullied into buying useless product or be influenced by stupid and ridiculous concepts like YOU ARE DISGUSTING IF YOU ARE FAT (meaning anything over a normal BMI range.) That is why every opportunity I get, I sign petitions like the one on Change.org to get Teen Vogue to show teenage models realistically and stop the photoshopping. We need a critical mass of public support to educate against such fascism about images. We are who we are individually and realistically; in our uniqueness we are beautiful and that runs clean to the bone.

All photos courtesy of http://anorexiapictures.net/?q=node/8 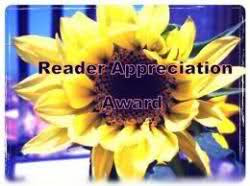 The Reader Appreciation Award is given to writers who have supported other writers' blogs. Happily, I've received the award from Sharla Shults (Blog: Awakenings from Then 'til Now and and Catnip of Life) and Raani York (Blog: Raani York) who I admire for their fine writing and sustained, determined work ethic.

Sharla Shults is a poet and writer and has two books out on Amazon Echoes and Remembering.
Her third book out this summer is Awakenings from Then 'til Now.

Raani York has published articles, letters, short stories, poems, continuation stories and novels (some of which appear on her website). One of her short stories made it to the semi-finalist level in a contest sponsored by the Boroughs Publishing Group.

Giving a big HUG to Sharla Shults and Raani York for nominating my blog, The Fat and The Skinny, for this award and providing the occasion to spread the love around online. As a former English teacher and professor, I uplift any opportunity to engage others in reading which some have claimed is a dying "art" in our digital age of short word bursts and flash fiction.

SPREADING THE LOVE AND NOMINATING OTHERS WHO HAVE LEFT                SALIENT COMMENTS AND ENCOURAGEMENT ON MY BLOG OR SHARED
CONNECTIONS ON SOCIAL MEDIA SITES.
MARGO DILL 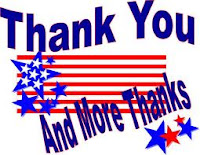 There are a few guidelines for accepting this award:

l) Acknowledge the giver of the award and provide a link to his or her blog.
2) Copy and paste the award to your blog.
3) Pass the award on to up to ten bloggers.
4) Notify the selected bloggers that you have nominated them.

Thanks again Margo, Amberr, Belinda and Jen. And when you have time, visit each others' blogs and become acquainted. You will be happy you did!
Posted by Carole Di Tosti at 10:00 AM 6 comments