I AM HAUNTED BY RECOLLECTIONS OF OBESITY

Living with lies bloated by adipose, the heavy, I cringe at the words "fat" or "obese." The labels peal a truth too painful to see. To quell the growing inner panic of my fatness, I prevent any view of the rising reflections of my naked grotesque in full length mirrors. I can only bear viewing my face in delicate rounded powder compacts or truncated shoulder length mirrors. In these I can smile back my prettiest expressions. I have banned the other scolding mirrors to the garage of my mind and have chucked them out on the sidewalk to be picked up by NYC sanitation. Of shiny, reflective elements like store windows or polished, flat surfaces? I toss my head and stare at another scene. I never acknowledge the excessive pouches of flab around my butt and hips. And if anyone ever discusses their diet successes or "fabulous" weight loss achievement, I outwardly smile and plaster warm "interest" on my face while I shudder and weep inside. I am alone. I am the other. I cannot feel my body. I pass through life like a mist.

The mind's genius is ever creative. Like me, I imagine other obese folks adopt oblivion, embrace blindness. Fat is the target the heavy must destroy at will obliterating the 5 senses' notification of it. All this must be done so that in the imagination a thin body emerges from the refuse heap.

This transformation that evolves as my girth grows damns my movement toward wholeness. Like all walking-dead-obese, I shield myself from the truth by fabricating a double person-hood. Though the fat is ever-present and presides, the intellect denies. For example I become a fantastic duality of the thin inner, the obese outer. I am a phantasmagoria who responds and interacts as if there is a screen or window separating myself from all aspects of my being. Candid open relationships with others through this barrier are difficult. The fat is too dense for the light to penetrate.

The fantasy is maintained but always shattered if another objectifies my fat to me; it is a tearful humiliation. But I am clever; I choose perceptive, instinctual friends who do not dare to cross the line. They, like me, are the other. I cling to friendships with the ridiculed, the insecure, the obese, the alienated, the damaged, the unloved. We give each other strength. We intuitively know that only the weak who are dualities themselves, ridicule and objectify in a feeble attempt to  rid themselves of their own destructive fantasies. I watch these vapid brutes and respond to their "witty" humor as an expressionless cipher. They are unaware of my canniness as I allow them to project upon my blank scrim with ignorant roughness. Inwardly, I smile at the irony of their pretentious "superiority." Their aggression projected outward never vanishes; it intensifies and eventually, when there is no target like me to hurl against, they will turn against themselves. It is a horrific woe for the arrogant to self-destruct. I pity them. I yield to karma and allow them to spin rapidly the cycle of their own misery within the lie layers.

But my knowledge of their weakness is leaden. And I am in excruciating psychic pain because their pristine barbs prick the blimpy bulls eye. Their penetrating, taunting reminders of my elephantine condition poison my creative imagination and set the dial to defense. The monstrous and fantastic creature that is gaining fat and thinning inwardly grows in the direction I have programmed. The dual beings increase independent of me, their own creator. As the outer bins of flesh increase, the soul  withers.

I use a technique to calm this panic and tension between the two persons of duality. I deny the fat flattened truth. I switch off awareness of feeling my body's needs. I eat. Then I overeat. Whatever food is most beloved, I become a covert operator: I search and consume. The food industry has made it facile to float the phantasmagoria by supplying the toxic allurements to add weight quickly. The gambit continues. I, like many obese, become alienated from others who view my appearance and miss the "big" picture of my failing humanity. I become disassociated from self, not suborning the protections I have crafted in defense. Losing weight becomes impossible. All the tools and evocations which encourage health and weight loss, my soldier walls obstruct like the battlements of a fortress. The only way to secure access is a siege. But that would mean I have to starve the other who lies in wait, like a princess praying for rescue.


Pounds and pounds of flesh squeezing my heart, liver and kidneys! It has been 1500 pounds I've gained and lost and gained, yo-yoing from obese to overweight and back 15 times, a mundane, round number. My highest weight gain was 240 pounds in 2000. Thankfully, my trip to Paris was an eye-opener. There was not one fat woman in Paris, only me. This made me rethink American processed food, eating to enjoy one's meals, and my health. But still I wasn't convinced

After a nightmare scare about my fatty liver, I lost weight without any aids, pills, lap bands or surgical procedures. I found in the past that I could not live on Weight Watchers programs or any other diet systems for very long. Besides, they didn't give much attention to clean, organic, non GMO foods. After a long haul of cutting the amount of food I ate gradually over a two year period, I got down to a normal weight on the BMI scale, and I did it by eating quality, non processed, organic foods and meats and fish that were sustainable and free range. But it was a long, hard process. The problem was not the weight loss it was the maintenance.
These past 5 years, I have been able to achieve a sliding scale of normal weight at 5 feet 5 1/2 inches  on the BMI calculator, moving from my lowest "Hollywood weight of 115 to my highest screaming "stop" weight at 148. I have achieved a sort of remission, but with weight loss of that nature, one never is in complete remission, and weight gain is always imminent. It is a daily struggle with no end in sight until the grave.

If you are overweight or thin, tell me. What is it like to live as a fat women in America? Here are the gritty and ugly details. I know what it is to judge oneself as loathsome, an object worthy of ridicule. I know what it is like to have one's skills and talents underestimated and undervalued by men and especially women who perceive that overweight and fat belies lack of intellectual rigor and ambition. I know all too well the contrition and self deprecation days and binge eating nights on leftovers, wine bread and cheese all together. I know how fat women disintegrate inside. I was one of them and the threat of obesity's past ravages is the ghost in my psyche that I try to exorcize, but will most likely have to live with forever.

Posted by Carole Di Tosti at 3:25 AM 1 comments 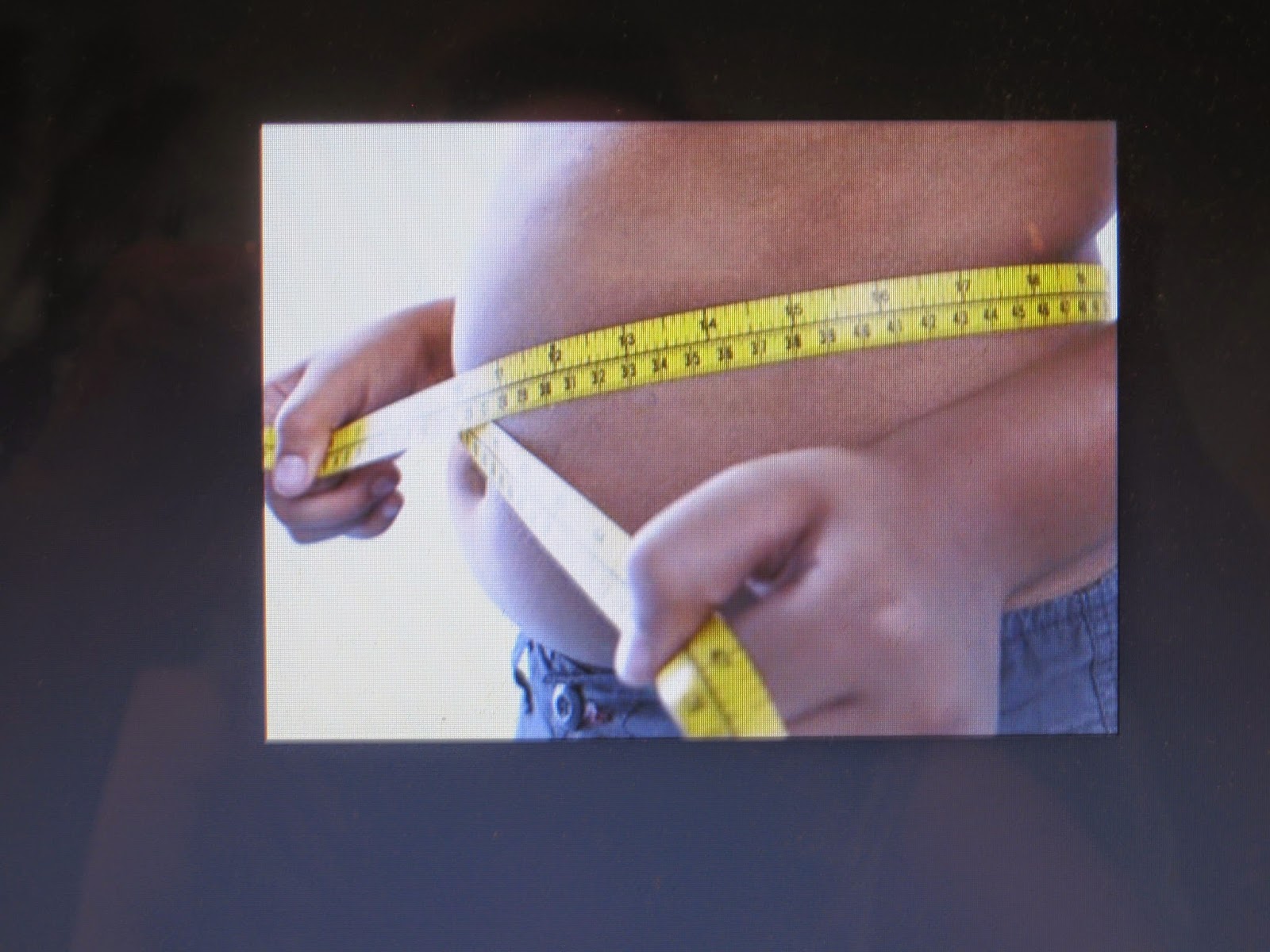 Contrast the image of THE FIT with its opposite, the fleshly portrait of ooze in the obese individual. Picture soft, dimpled folds, massed into rounded shapes and humps, unbounded, flopping over, easily shaken, rolled, manipulated, plumped. Fat! It mounds in pillows around the waist. It is obtrusive, painfully unsparing even to those who give intentionally forgiving looks at the fatty then turn away. The adipose locker bulks up excess storage for a future winter of starvation that will never come. On the deepest level there is the fat person's gradual organ suffocation, distension and bloat as fat pocks the cells, impairing a once seamless function. The simple acts of walking, stair climbing, cleaning and the most subtle movements are a panting exertion. Heat is a strident enemy: profuse sweat dripping over the fleshly crumplings is a stinking embarrassment. The heavy bins around the waist, the bulbous thighs, the overladen chest folds throw off the body's thermostat. Like a ship's compass demagnetized, the body veers off course. Freezing is comfortable. Humidity with temperatures pleasant to thinner profiles is an agony. The only happy time for the obese is the oblivion of eating.
The culture has helped to make these images/notions "appear" to be so with its damning assumptions that the fat person is solely his or her fat. To the discriminatory, cruel and weak-minded, fat people, especially women, are non-persons. They are stupid, unthinking, lazy, identity amorphous; they are lacking personality, shape, definition; they are not worthy of love/marriage to attractive, fit, successful men. Like the bloat they are projected to be, it is assumed that their opinions, thoughts, rationality are oppressed by their obsession with food and undisciplined marriage to their lustful hungers. The self-righteous thin exploit the great divide between themselves and the adipose lockers  to elevate their miserable food spartan lifestyles. For them fat folks "live to eat," while they, the beauteous thin "live to look exceptional." The media is the religious judge between the two as it gives a heavenly pass to the often underweight and sculpted physical perfectionists.

The culture has fostered the lies. The fat, the thin and the fit have accepted them. The lies over the decades have burgeoned promoted by the industrial complexes. The obese have been targeted with the intolerant's oppressive projections of self hate. The tragedy is that many of the obese have internalized the mores as truth and have relaxed into their own self-hatred and the self-hating projections of the moralistic thin and fit. Greater numbers of the obese have embraced the medical arguments against them. Many have bought into expensive surgeries, diets, weight-loss programs to little avail. Such programs despite their heavy marketing have little sustained and prolonged efficacy. Fat extends beyond a metabolic understanding of the body. It extends to the mind, the soul and the being of an individual. As a result diets don't work long term; surgeries (with the exception of the dangerous gastric by-pass), have a 50% fail rate. The weight comes back and the yo-yo effect begins. One must deal with the whole being of the person and most critically their psychology, psyche, mind, emotions and soul to get to the heart of the issue of, "why fat?" Until this is done, the weight will come back. I have yet to meet an obese person who has undergone dramatic weight loss and kept it off for more than three decades, myself included. 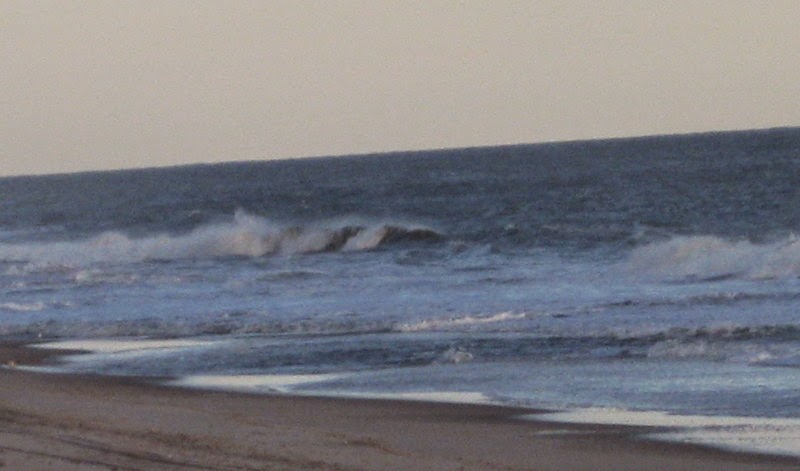 We cannot thrive and prosper in our whole being if we daily bathe ourselves in such pools of self-reproach or flimsy self aggrandizement lifting up our "greatness" on a shaky foundation of untruths that appearance is crucial to inner and outer joy. We must sink deeper wells that are overflowing with health, love and self-acceptance for our whole beings. We must cleanse from within to achieve the balance within and without. We must throw off image and shadow to make ourselves a solid and sanctified whole as the inner and outer enhance into homeostasis. Until we recognize these truisms, we cannot abide in productive, life-giving relationships, especially with ourselves. We cannot relax without tension, nor can we be open with others. Truth flattened into two-dimensionality becomes the lie from which we flee.
Posted by Carole Di Tosti at 9:21 AM 0 comments