IRS & FBI INVESTIGATING TRUMP. GQP LIES ON THEM AND FEAR MONGERS TO STOP THEM. SUE GRASSLEY & MCCARTHY for DEFAMATION 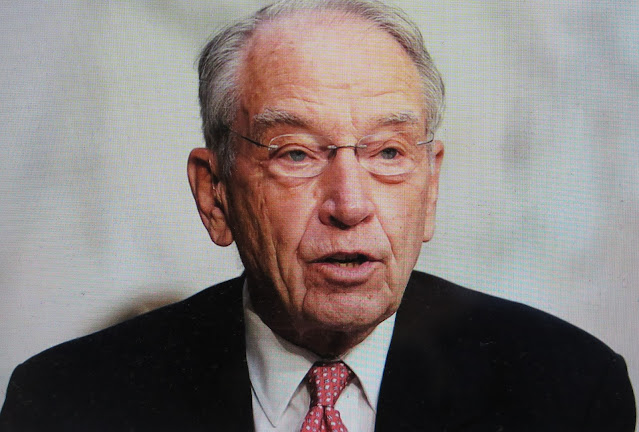 Chuck Grassley (bullied by Trump, he is no longer a viable senator with integrity) and Kevin McCarthy (he lost his honor as an assemblyman being bulled by Trump) have screamed at the top of their lungs on the failed Fox Fake program that the FBI and IRS are coming with AR-15s to kill small business owners.

This is how Trump tries to stop the FBI. Fear mongering. He can't. This is how Trump tries to stop the IRS. OUTRAGEOUS LIES. He can't stop them from doing their job. They are the rule of law. Biden has undergirded the rule of law which only two years ago Trump screamed "I AM THE LAW AND ORDER PRESIDENT," and rallied cops, and members of the armed forces, the KKK, MAGA WHITE SUPREMACISTS to attack the Capitol with violence and brutality to stop the peaceful transfer of power.

Trump lost almost 80 times in the courts. His lawyers Sydney Powell and Rudy Guiliani (sued with Fox News by Dominion Voting Systems for lies) are in trouble. Rudy is about to be indicted for lying and committing election fraud and theft and tampering of election data. Dominion Trump's failed coup ended up with 800 + arrests. Trump's failed coup ended up with global TV coverage of Liz Cheney astutely leading the Jan 6th failed coup commission which revealed damning evidence that is being used by the DOJ to indict Trump.

Trump's defense is not in a court of law, sanely, judiciously. No. His defense is to set about baying dogs, senile Chuck Grassley and demented Kevin McCarthy to spew propaganda against Trump's enemies, those who are going to arrest him. Trump is incapable of being sane. He is psychotic and criminal. He whips up his fans to violence (in FBI offices in Ohio and of the IRS). He pressures the radical extremist GQP to support him with lies and propaganda to stop his enemies.

Does Donald Trump go off and take up arms against them? Nope. He is a coward. Instead, he whips up others to commit violence and kill, like Charles Manson did. Then he disavows himself of it, "Not MY RESPONSIBILITY." Well, eyes are opening. People are seeing this criminal who is about to be indicted and go to jail. Jail is Trump's greatest fear on the planet. He has visions of black men in prison coming for him. The irony is, he is 1000X more criminal than they and with his COVID botch job, has killed more than they. He is a racist, a criminal and a psychotic. That the likes of Grassley and McCarthy are his screaming worms lying on law enforcement agencies is egregious. They do not deserve their positions of power. A child can do better than they. They know the difference between a lie and the truth. Not only do they not care, they embrace lies because for them they can get money. Money. MONEY. 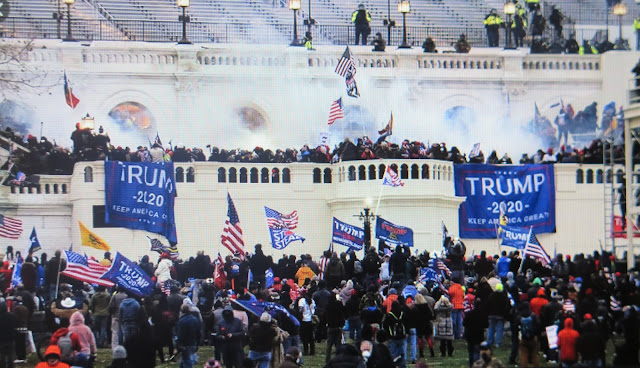 Donald Trump's failed coup, smeared by GQP and called a picnic. 800 insurrectionists have been arrested, charged and are being sentenced. The Jan 6th commission has given testimony to the DOJ.

Really Donald? If so, let the FBI and the IRS do their jobs. If you are innocent (we all know you are not) then you will be acquitted and they will leave you alone. BUT YOU ACT GUILTY BEFORE THERE HAS EVEN BEEN AN INDICTMENT.

Trump turned failed mob boss (mob bosses have more dignity, integrity and honor) has bullied the GQP once again to support him. How? With peaceful protests? No. With violence, with intimidation, with extortion, with loan shark tactics.

Donald Trump has mirrored his 100,000 lies with 100,000 inspired death threats. DEATH THREATS ARE THE EQUIVALENT OF STALINIST VLADIMIR PUTIN'S NEW COMMUNISM. TRUMP AND THE GQP AND GRASSLEY AND MCCARTHY ARE SECRET COMMUNISTS IF THEY EMBRACE PUTIN'S TACTICS.

If someone dies killed by a QANON LUNATIC, Fox, Oann, Newsmax, Grassley, McCarthy and the wussy coward equivalent of Charles Manson, Donald Trump must be sued for inciting violence. Regardless, they must be sued for defamation. All of them. Trump's behavior has proven himself GUILTY. NO ONE WHO IS INNOCENT ACTS LIKE THIS. TRUMP ISN'T INNOCENCE.

Posted by Carole Di Tosti at 6:50 AM 0 comments