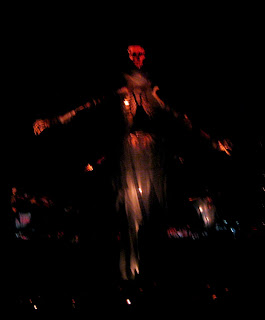 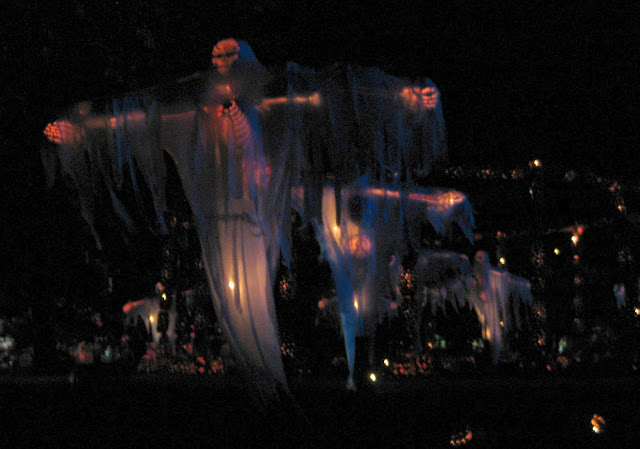 Parents and children of all ages have been flocking to a nearly sold out show held outdoors at Van Cortland Manor, Croton-on-Hudson, New York in a month long recognition of fall and Halloween. It is one of the tri-state area's most creative and amazing events and perhaps Historic Hudson Valley's most well attended event. Each year its creators add to the breadth of exhibit themes. the production has grown so that his year it has spanned 21 nights. Blaze will end the first weekend of November, the Sunday after Halloween.


It's The Great Jack O' Lantern Blaze and it is indescribable. Photos do not do justice to the live, walk through experience. I have gone two years in a row and this year was even better than last year. Halloween couldn't be celebrated in a more spooky, thrilling and electrifying way. And there are still tickets available for the 6:30 PM show, Halloween night, but they are going fast. 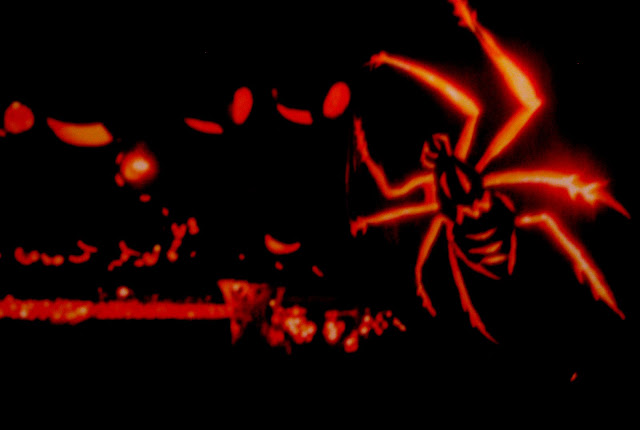 Michael Natiello, ArtsWestchester honoree for his efforts with Blaze is the creative director of the event. Since the first production in 2005 through 2011, Natiello has overseen the team that brings the eerie, magical jack o' lantern's to life by planning, designing, and executing Blaze's elaborate displays.  With his team members, Natiello carves, cuts, and scrapes the jack o' lanterns which must be replaced if they are destroyed by the weather conditions. Goldilocks weather is needed to keep the carved pumpkins robust. If it's too hot, the pumpkins melt. If if it rains, they rot. If it freezes and thaws and freezes and thaws, the pumpkins collapse. The team has renewed and re-carved hundreds of pumpkins by the end of the production month. They must replenish up to 700 pumpkins a week because of spoilage and hungry, snacking animals who don't care about ruining lovely and individually hand-carved works of art. 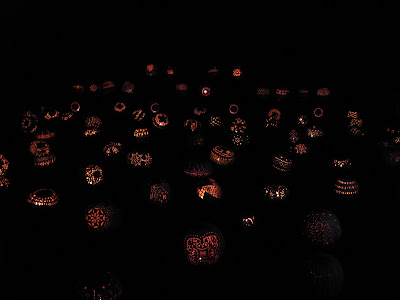 It takes around 33 or more volunteers and a labor of love to individually masterpiece the 4,000 + jack o’ lanterns which are set into Van Cortland Manor park's 18th-century riverside landscape and  illuminated against the backdrop of night. The inner lighted pumpkins create a beautiful yet macabre glow and amazing effects that are dependent upon the intricate carvings.

Thousands of visitors come to be enthralled and enchanted as they stroll by an 8 foot high sunflower patch and scurry past grinning, ghoulish jack o' lantern faces rising up from the misty ground. Displays pulsate vibrant oranges that penetrate the darkness:  huge, scaly ten-foot long snakes; a mammoth spider web and its attendant scurrying spiders; an undersea aquarium, replete with barracudas; dinosaurs (including the thunder lizard, himself) pirates, ghosts, arching Halloween cats and a collection of creatures from Greek and Roman mythology. Sheep skeletons ‘roam’ the Van Cortland landscape and a cemetery looms where headstones preside over "the dead," witnessed by living onlookers whose footsteps increase their pace to move quickly passed bony fingers stretching toward their feet. This year there is even a jack o’ lantern ‘King Kong’ perched and ready to jump off a building that towers over the glittering blaze! 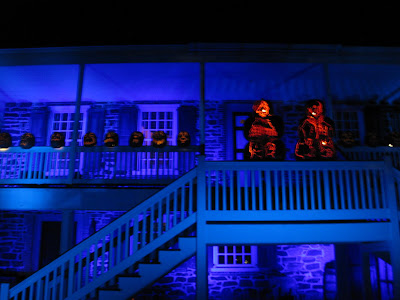 The spectacle, anchored with original, atmospheric music, sound effects, and elaborate, synchronized lighting, is innovative, original and artistic family entertainment. At the end of the walk, if the fresh air and eerie surroundings whip appetites, there is a large tent where the family can warm themselves and enjoy home-made pumpkin spice donuts, hot chocolate, apple cider, coffee, soda, snack foods, cookies, cappuccinos and other food items fit for the season.

And of course, one can pick up a souvenir for this memorable experience to remind everyone in the heat of July, that the fall and the Blaze of Halloween will be coming in three months. A perfect closure to one of the best Halloween experiences in New York. 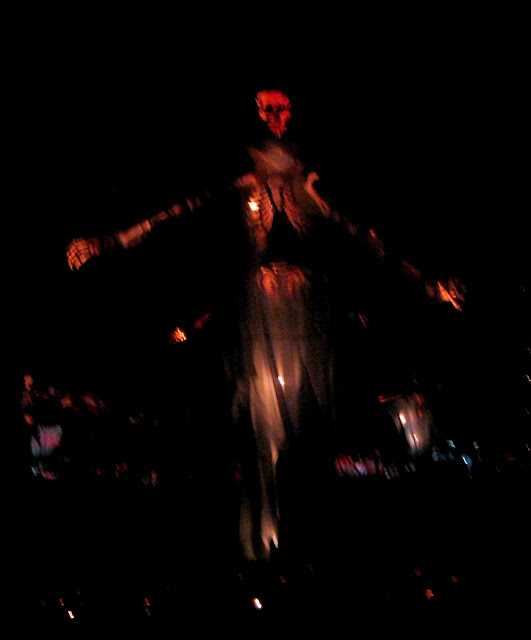 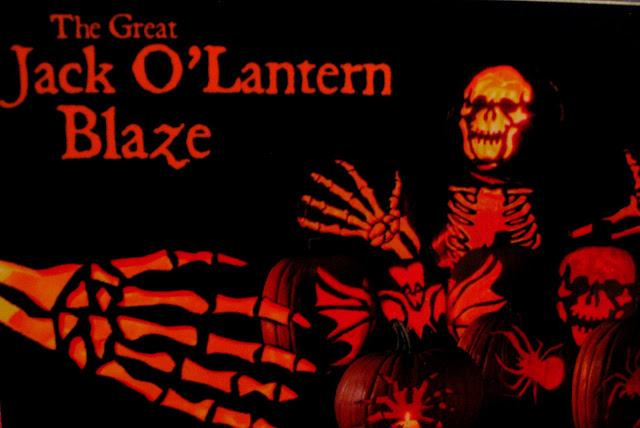