Amy Winehouse Foundation Launched to Commemorate Her Birthday and Her Artistry

Mitch Winehouse, Amy Winehouse's Dad, himself a musician, gave extensive interviews to promote the foundation which will rocket the five time Grammy winner and platinum selling songstress further into the heavenly status she has already achieved. All proceeds from the sale of "Body and Soul"will go to the Amy Winehouse Foundation. Tony Bennett and Amy Winehouse recorded the duet on March 23, 2011 at the Beatles famous Abby Road Studios in London, UK. It was her last recording before her death on July 23, 2011 which is still being investigated. Mitch Winehouse has said that there are other songs the family plans to release once they have made decisions about the quality of the songs.

In AP interviews printed in USA Today.com, Amy's Dad was frank about her addiction, his initial denial about it and the difficulty he had trying to get her off the drugs because of various people influencing her behavior. This is not new information. Winehouse, herself, used her addictions as grist for her brilliant album, Back to Black which has become the UK's biggest selling album of the 21st century since August 2011. 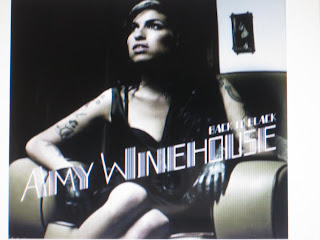 Her addictions and violent behavior were widely reported in the press and the now defunct News of the World quoted her then husband, Blake Fielder-Civil as saying he introduced her to crack cocaine and heroin. In other articles, it has been suggested that though Winehouse admitted to her addictions, that perhaps following the MO of those who struggle against their perniciousness, she didn't realize the extent to which they held her in their thrall. In Back to Black's, iconic song, "Rehab," the singer claims she will not go to rehab though her father wants this for her. The Winehouse lyric says it all: "It's not just my pride, it's just 'til these tears have dried."

The implication is that there is a profound disconnect in her inner being that must be healed. No wonder why that song is a chart buster. We can identify with the soul pain that requires many tears be shed until there is the release to stop the self-abuse. Such an interpretation is not easily understood unless one battles an addiction, whether food, alcohol, drugs, cigarettes, over the counter pain killers, etc. The line from the song easily may be washed away as an excuse to continue using, which Amy, of course, did. She never was allowed the opportunity to receive the release she struggled to achieve, because she died an untimely death in her London home. Reported by Mesfin Fekadu for AP and quoted in USA Today.com, Mitch Winehouse said that Amy finally was moved to change. "She witnessed all this stuff going on, of how her family and friends were fighting gangsters, and she decided she didn't want to put her family in that position any more." (Mesfin Fekadu, AP, USA Today.com)  But she was not moved enough.

Toxicology reports in the post mortem indicate that there were no illegal substances found in Winehouse's body. The Winehouse family posted a message stating that alcohol was present, though it was inconclusive as to whether it caused her death. Reported by Maria Puente of USA Today, Mitch Winehouse told Anderson Cooper on his new show Anderson that an anti-anxiety drug, Librium, may have contributed to her death, since traces of it were found in her body. Winehouse admitted to Cooper that he believed his daughter suffered a detox seizure and that she had had other seizures previously. Librium is a prescription drug administered to alcoholics to help them get through withdrawal symptoms as they detoxify. If the Librium induced a seizure, it is possible that Winehouse went into shock, and unable to call for help and without anyone present in her home to notify emergency services, she went into a coma and died alone.

Following other immortal celebrity vocalists like Brian Jones, Jim Morrison, Janis Joplin, Jimi Hendrix, Kurt Cobain in her death at 27, Amy Winehouse's induction into the 27 Club is a tragic reminder that talent and artistry without discipline and restraint can be fatal, especially when the artistry is not seasoned with age, wisdom and governance. To promulgate the allure of fame the media machine devours young celebrants and feeds off the disasters the paparazzi voraciously, obsessively induce. Who so firm that cannot be seduced into believing what is printed about them? And when the print turns goblin-like and foul? The domino effect damages. And the little people smile to themselves, thankful that they are not artistic, nor celebrities, nor stars.

The correlation is ridiculous. Amy Winehouse was intensely human like all of us. but her fame and her notoriety isolated her. It was that isolation that made her different; it was that isolation that killed her. Every excessive action reported by the media was Amy's cry for help. They reported, intrigued by Amy's provoked violence, voyeurs to the bitter end. They were in a position to help, but their help was never given. Where were they on the day of her death? And no one reached out to her to make a difference, though family and friends reached out. And now, these must reconcile the issues and deal with the grief, while the media continues walking between the raindrops, oblivious to the mayhem it caused.

It doesn't have to be this way. We don't have to behave in such a slavish predatory fashion. There is such a thing as kindness, especially when the celebrant is young and vulnerable and mightily talented like Amy Winehouse. Media machines devour celebrities, especially the ones who are young and fragile and human. How Britany Spears and Madonna were able to reinvent themselves is a testament to their inner strength and will. Not all have this power. Amy didn't, and she knew it.

Well said, as always, Carole. The Amy Winehouse story is a terrible tragedy.

Yes, Margo, it was. I posted an article on Technorati. Should have indicated that here. Will do.