Don't Drink the Water! Gasland and Gasland II (On Demand) Warn How Fracking Can Destroy a Water Supply. 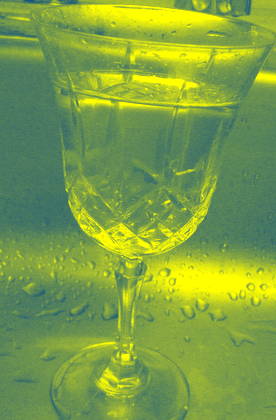 Woody Allan's brilliant comedy remake Don't Drink the Water  (1994) based on his stage play of the same title (1966) about a family's mad cap experiences seeking refuge and escape from the American Embassy in Russia during the cold war is aptly named. In 1966 when Allan wrote the play, Americans traveling to non European countries weren't guaranteed safe drinking water and most likely would become sick, so they were warned off the tap unless they were in a 5 star hotel.

That was then. Now, the words "don't drink the water" send chills up the spines of many of us especially after Dick Cheney's tenure at Halliburton, his Vice-Presidency and the cozy relationships that corporations enjoy with our political leaders thanks to the Citizens United court case. We have seen and heard about egregious pollution scandals based on true to life stories, in Wooburn, Mass. (film,  A Civil Action) and the PG & E lawsuit in California in the film Erin Brokovitch. In both instances companies contaminated drinking water from the wells that serviced families making it into a hazard that killed. The polluting companies settled to make the suits go away, never admitting their chemicals in the water brought sickness and death.  Publicity from these cases and many others have smartened some of us up to drink bottled water, have reverse osmosis filters, distill our own water or have water companies deliver shipments to our homes. It has come to this; "don't drink the water" is a cruel joke for the US. We have devolved into a developing nation, thanks to corporations whose greed is transforming clear, clean drinking water into an unsafe, toxic liquid detrius, unless, of course, we speak out and prevent them, while "clean water supplies last!" 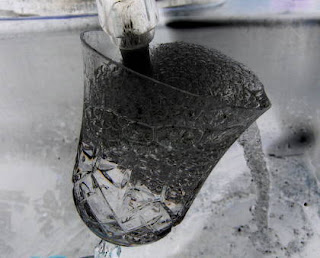 This unfortunate situation is occurring despite such acts as the Safe Water Drinking Act and the Clean Water Act.  The water supply for many Americans has been and is being compromised. Because of corporate power leveraged by millions of dollars, the EPA is powerless or dilatory in bringing the polluters to task. This was before the groundbreaking documentary Gasland by Josh Fox. After the documentary's release at Sundance and nomination for awards, many became aware of the term "fracking" made famous by the film. Now they generally know that if a company is fracking an area, there is a good chance that the groundwater may become contaminated by the chemicals used in the process because of migration. We may need natural gas, but must we sacrifice our water for it?

Last week on June 25th the director of Gasland was at the HBO theater in NYC with friends, family and supporters to celebrate the screening of Gasland II, the dynamic and chilling sequel to his Academy Award nominated documentary Gasland, which explained the horrific impact of hydraulic fracturing-the process used to extract natural gas from shale. The documentary Gasland II debuted on HBO, MONDAY, July 8th. It is currently being shown ON DEMAND and is free for HBO subscribers. 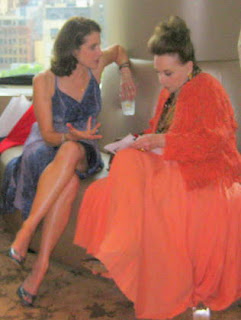 Debra Winger in discussion with Cindy Adams from the New York Post. Debra Winger was a consultant and creative adviser on Gasland II, as noted by Fox when he introduced Winger and she joined others onstage during the talk back after the screening. Winger also worked on Gasland with Fox. She smiled and responded to a question about her input that, at times, she "has been known to produce, direct and write." Clearly, her environmental stance is well known and she has been an invaluable collaborator on the documentaries. In the Q and A, Winger's experience came to the fore when she affirmed that the mainstream media is not going to publicize or cover the detrimental impact of fracking. 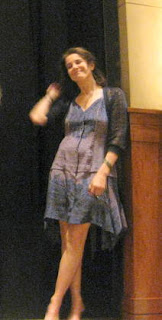 Aidan Quinn, Debra Winger, Arliss Howard, Steve Jordan, Former Congressman Maurice Hinchey and family, were a few of the guests and advocates who joined Josh Fox to spur on the democratic process about fracking issues. Fox referred to some of the guests as his special friends. These are the living witnesses to the horrors of the fracking experience. These are the ones whose water hoses breathe fire, whose homes are worthless and who were the innocents who trusted the Gas and Oil companies' lies that having wells near their houses/land would not be harmful to their kids, their animals, their property, themselves. These are the ones who do not dare drink or cook with their tap water, but have to have it trucked in at a cost either they or we must pay, the import of which Gasland II makes globally clear.

The film which premiered at the Tribeca Film Festival to begrudgingly positive reviews has been screened in small towns nationwide. Fox and supporters decided to take it on a grassroots tour ahead of the HBO showing on July 8th. These were special screenings that began in Normal, Illinois. Why there? The Illinois legislature supported the Gas and Oil Industry, and Fox determined that the film would serve as a flashpoint revealing the unresponsiveness of the legislators to the will of the people who want a ban on fracking. When in conversation with Fox over the "unsuccessfulness" of the protest in Illinois, he countered that the populist support to ban fracking had grown. When the politicians had voted in support of the companies, the crowds at the hearing chanted, "Shame, shame, shame!"  Clearly, the legislators were subservient not to their voters, but to the companies whose money and power influenced the acceptance of fracking in the state.
According to Fox, the  anti-fracking advocates of Illinois are becoming legion, exacerbated by the truculent, recalcitrant legislators. Thus, the tour launch in Normal was a symbolic move and an uplifting one. Josh Fox appears to be ready for any and all pyrotechnics the corporate mighty and their media may be intending to send his way when Gasland II debuts.

One can understand how this gentle, unassuming spirit has created a mountain of controversy. With his signature banjo playing of "America the Beautiful" to close out the film credits and a relaxed Q & A afterward, Fox is an everyman.  His wry humor and insightful, prescient viewpoint in the first film is powered up in the second for good reason. Thirty-two countries globally are fracking. Nationally 34 states have thousands of wells.

I also had the opportunity to speak with cast members John Fenton and Victoria Switzer. John is the Founder of Artists Against Fracking, from Pavillion, Wyoming. He is a tall, imposing man who is on a mission, and who speaks with power and eloquence about his experiences. I asked him how he got to know Josh Fox. John Fenton said that Fox visited the area and then asked if he could stay with him. They became friends as Fox covered the story and Fenton shared his home and his heart. Fenton made it a point to affirm how important it is to speak out about fracking and what it does to the environment and the lives of those who lease their land to the companies, or who are unfortunate to be living near fracking wells. Fenton said he will not be silenced. It is his obligation to speak out and to share what is going on. During the Q and A, he spoke out and received applause, his words resonating with the audience. Clearly, he has become a spokesperson in the campaign to ban fracking.

Victoria Switzer is also an eloquent and heartfelt spokeswoman. She had words of praise for New Yorkers and cautioned me that we must never accept fracking in the state. She said once "they are in, they put in well after well. It isn't just one." She also referred to the companies as sending their "fiery darts" and we must reject them. The ironic comment was not lost on me. Certainly, the flames are iconic of the results of fracking on well water. The flames also reference potential gas explosions that can and have occurred as methane leaks and migrates. Methane migration and leakage has turned homes near wells into ticking time bombs. Some houses have become filled with so much methane, inspectors have told occupants to get out. (Methane, a dense, heavy greenhouse gas is produced during the extraction process. Folks, just say "clean natural gas." NOT! It is worse on the environment than CO2 emissions.)

Victoria Switzer mentioned that the companies didn't let on that the impact would be what it is. They implied that the water would be OK and that the drilling wouldn't have the negative impact that it has had (water contamination). The companies minimized the results of fracking, In other words, they committed a kind of fraud, perhaps, but of course, this is a slippery slope and subject to interpretation. The impression I received is if the companies had said to the Switzers and others some of the research that has been done on well cement failures and migration, the folks never would have allowed them access to their property.

Fox has highlighted Fenton, Switzer and others who have suffered the oppression of the Gas and Oil industry. His view is reasoned and clear: as citizens of this country, shouldn't we have access to clean, clear, non chemical water? This question is compelling and it crosses political lines and drives to the heart of human survival. We need clean water. Corporations are depriving us of this right. But is anyone listening? Where is our EPA in all of this?

The film's perspective has been enough to marshal the Gas and Oil Industry into heavy PR warfare against Fox, anti-fracking non profit groups, and those on the front lines like John Fenton and Victoria Switzer. However, despite their tactics, Fenton and others are standing up to companies by speaking out, by silently protesting, by litigating, by refusing to sell their homes and sign non-disclosure agreements. They are doing what they can and are pushing back BECAUSE, UNLIKE THE CORPORATIONS, they have nothing to lose. What they valued, their homes, property and their health has been taken from them and they had little to say about it because they committed the crime of not asking the right questions, not that the companies would have given them the right answers. In fact, they were misled and/or duped. It's the "F" word.

That is one of the most vital aspects of their story, the story that Fox is hammering out so that we will understand it in all of its ugliness and abuse and then be motivated to do something: first, ban all fracking. Second, advocate for renewable, sustainable energy. Fox will continue to take Gasland II on the road with Q and As and talk backs. With supporters and all present at the HBO reception, he is looking forward to its debut on HBO with anticipation and excitement. 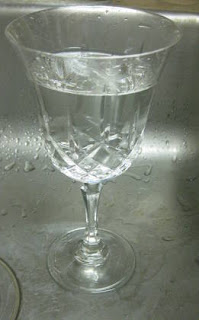